What stings and burns…but is truly amazing?

What stings and burns…but is truly amazing?

It’s….Nettle! I have only tried it in tea form…..and no it does not sting when you drink it. Yes, this shrub once left me in awe of its powers when my hand lightly graze it. Commonly found in Europe and America here are some of this amazing plant’s healing abilities:

For the joints and inflammation

Nettle is used to treat painful symptoms of arthritis, gout, rheumatism, and soft tissue conditions such as fibromyalgia and tendonitis. People with auto-immune disorders suffering from joint pain have noted relief from drinking a cup of nettle tea. Nettle is also a diuretic, and alkalises and releases uric acid from the joints of gout patients eliminating pain. (Source)

A study showed Nettle had a better effect in reliving clinical symptoms associated with Benign Prostatic Hyperplasia (BPH) compared to placebo. There were no side-effects associated with taking Nettle and is now recommended to be used more in treatment of BPH. (Source)

Stinging nettle leaves have been used both as an herbal treatment and a homeopathic remedy for the relief of allergies such as asthma, hay fever, hives and other allergic dermatitis. In studies it has been found to inhibit inflammatory pathways in the body. (Source)

Used widely in oriental Morocco to treat hypertension, a study has found that when tested on rats it indeed lowered blood pressure. (Source)

A study showed nettle has an anti-platelet action supporting it’s use for the treatment and prevention of cardiovascular disease. (Source)

A study showed maximal surface area healing of a second degree burn wound compared to other groups. Thus it may be a suitable substitute for silver sulfadiazine and vaseline when available. (Source)

A randomised double-blind control trial showed that a hydro alcoholic extract of nettle had decreasing effects on insulin sensitivity and inflammatory indicators found in patients with Type 2 Diabetes. (Source)

There are many more benefits of nettle such as gingivitis prevention, relieving chest congestion, destroying parasites and worms, supporting hormonal systems etc.

Some medications can interact with nettle so talk to your pharmacist or GP. It is definitely worth the research and tastes pretty good too. 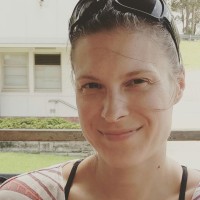 Belinda is a Central Coast based Chiropractor. She is interested in the body's ability to naturally heal and loves learning about how quantum physics can be used to understand different and deeper layers of health. Belinda has a Bachelor's degree in Chiropractic Science and Masters in Chiropractic from Macquarie University. Belinda's passion is educating people how to stay healthy, recognise early signs of dysfunction before disease, and improve the quality of their lives physically, emotionally and spiritually. When not in clinic nor writing she loves spending time outside with the family and emerging herself in the present as much as possible.

Fill out the Form

Leave your Review on Google

Quiropractico Belinda Verne
5.0
Based on 5 reviews